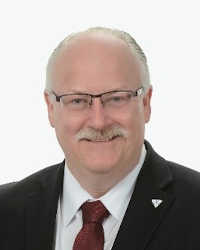 Stephen MacKenzie is the President and CEO of Invest WindsorEssex responsible for advancing economic development to grow and sustain prosperity in Southwest Ontario, Canada.

He has spent 25 years in economic development organizations in Connecticut, Nova Scotia and now Ontario. Prior to joining Invest WindsorEssex, he served as the Executive Director of the Southeastern Connecticut Enterprise Region and previously held the position of Senior Vice President of the Connecticut Economic Resource Center.

Before joining CERC, he was the Director Economic Development in Stamford CT.

In Halifax, Stephen was a Senior Executive Major Projects for the Nova Scotia Department of Economic Development's Investment and Trade Division.

Previously he spent four years with the TD Bank, and later served in sales and marketing functions at different organizations in both Canada and Belgium.

Stephen has been a part-time lecturer at European University and Mount Saint Vincent University in Halifax.

He received a bachelor's degree in Commerce from Dalhousie University in Nova Scotia, completed his MBA at European University in Belgium, and is a graduate of the University of Oklahoma Economic Development Institute. He is a member of the International Advisory Committee of IEDC, and a Board member for the Canada-United States Business Association (CUSBA).